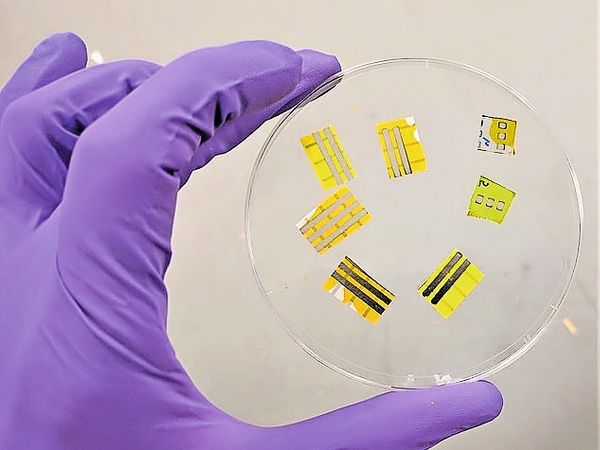 Temporary tattoo paper, two electrodes, an insulating layer and a polymer that illuminates when subjected to

The world’s first light temperature tattoo has been created by scientists in Britain. The tattoo is just 2.3 micrometers thick, 30 times thinner than a human hair, and glows green while being seen with the naked eye. Miniature OLED bulbs are integrated into a temporary tattoo, affixed to surfaces in a similar manner.

OLEDs are energy efficient bulbs and are commonly used in device screens including smartphones and televisions. Engineers in the experiment managed to trigger the OLED to produce green light and affixed the tattoo to glass, plastic, an orange and paper packaging.

Developers say that future versions will likely use a smaller battery or supercapacitor. Experts say that the tattoo, if affixed to human skin, can be easily washed after a few hours. The voltage and current will be low due to no electric shock. Proof-of-concept device will lay the foundation for smart tattoos Professor Cacelli says that smart tattoos will give people a wide range of ways to track things.

Experts say that smart tattoos may be used in the future, to find out if a person has suffered too much UV when there are signs of sunbathing and dehydration.

Smart tattoo device has five layers
Temporary tattoo paper, two electrodes, an insulating layer and a polymer that illuminates when subjected to an electric field. The light emitting polymer is just 76 nanometers thick. One edge of the DNA is approximately 2.5 nm and hosts OLEDs. Light-up tattoos have long been the goal of scientists. Professor Cacelli says that smart tattoos will give people a wide range of ways to track things.