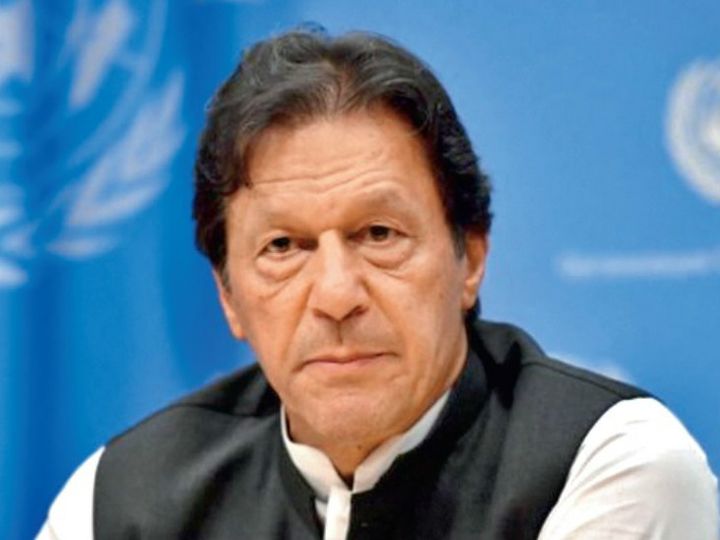 On November 5, Imran wrote that blasphemy in the name of freedom of expression is not tolerable. (File photo)

style="word-break:break-word">Pakistan’s Prime Minister Imran Khan and the UN-backed NGO UN Watch have a fight for human rights and freedom of expression. On November 5, Imran wrote that blasphemy in the name of freedom of expression is not tolerable. His reference was probably to the ongoing dispute in France. UN Watch responded by sharing Imran’s message that your presence in the United Nations Human Rights Organization (UNHRC) is out of tolerance. Pakistan has been accused of human rights violations within the country. UN Watch has also shared a statement of 28 September, calling for Pakistan’s inclusion in the UNHRC.
Advertisements

In France, a teacher was strangled to death due to a cartoon controversy. Many Pakistani leaders, including Imran Khan, had justified the killing indirectly. He has repeatedly said that religion should not be criticized or blasphemed in the name of freedom of speech. India has also been taking up human rights violations in Pakistan. India alleges that Pakistan continues to torture people in Sindh, Balochistan and Khyber Pakhtunkhwa.

Why Pakistan does not speak about the Muslims of China
Imran Khan’s media adviser Arslan Khalid has accused UN Watch of being a precursor against Muslims and said that it is a pro-Israeli NGO. This NGO has nothing to do with the United Nations. Countering this, UN Watch said that Pakistan pretends to be the protector of Muslims. It does not talk about human rights abuses of more than 1 million Weigar Muslims in Xinjiang province of China.

Why the market downturn ?: The impact of Corona’s growing outbreak; Foreign investors withdrawing money, Sensex and Nifty slip up to 3% from...