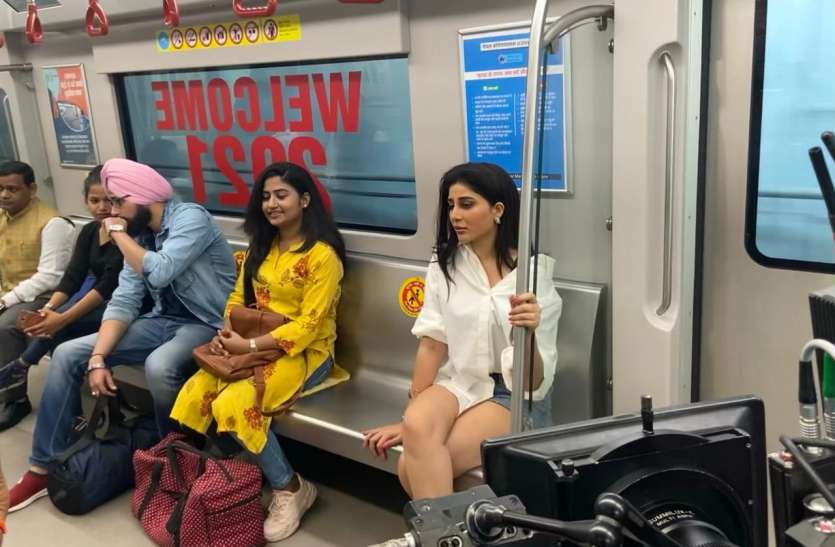 The passengers inside the train were very happy to find film actors among them.

Lucknow, Uttar Pradesh The Charbagh Metro station of the Lucknow

Advertisements
Metro Rail Corporation resonated with camera roll-in, light, action and cut. Let me tell you that the film Anari Is Back, which is being made under the banner of Chirag Deep International, was shot on Charbagh. The film unit filmed several important scenes of the film at the Charbagh and Secretariat metro stations and inside the metro train. On this occasion, the metro administration also made full preparations to maintain a smooth travel system keeping in mind the shooting. The passengers inside the train were very happy to find film actors among them.

The film’s executive producer Manish Srivastava praised the cleanliness and beauty of the Lucknow metro station on the occasion. The producer of the film, Pahlaj Nihalani, thanked the Lucknow Metro for their support and said that the film unit did not face any problem during the shooting. The entire shoot was completed in a very positive and pleasant atmosphere for which we are grateful to Lucknow Metro.

Expressing happiness on this occasion, Kumar Keshav, Managing Director of UPMRC said that all the stations of Lucknow Metro have been built very beautifully so that these countries can become the center of attraction for everyone not only abroad. Lucknow Metro has become a prominent identity of Lucknow city today. We have to maintain this belief of people with our dedication and hard work in future also.

among
Banner
beautiful
being made
camera
cast