Smartphone manufacturer Samsung has launched its Galaxy A32 smartphone in India. After the success of Galaxy A12, Galaxy A32 is the second Galaxy A series smartphone in the country this year. Talk about Samsung Galaxy A32, then it has a 64 MP quad camera setup. Aditya Babbar, Senior Director and Mobile Marketing, Samsung India, said at the launch that the Galaxy A32 carries forward our legacy of strengthening our mid-range portfolio by providing new generation technology to all. The Galaxy A32 is designed keeping in mind the growing appetite for content consumption and expression

Advertisements
of creativity between Gen Z and Millennials.

FEATURES
Talking about the features of Samsung Galaxy A32, it has a 6.4-inch FHD Plus Smeled screen, which has a refresh rate of 90Hz. This Samsung smartphone has a MediaTek Helio G80 processor. This smartphone will get 4 GB RAM and up to 128 GB storage. Its storage can be increased to 1TB with the help of memory card. This device will be available in four colors – black, white, blue and purple.

Price and offer
Talk about the price of this smartphone, the price of 6 GB RAM and 128 GB variants of Samsung Galaxy A32 is 21,999 rupees. At the same time with the interoductory offer, users can avail HDFC Bank Credit Card, Debit Card and EMI Transactions with a cashback of Rs 2000. With this, the Galaxy A32 can be purchased at an effective price of Rs 19,999. 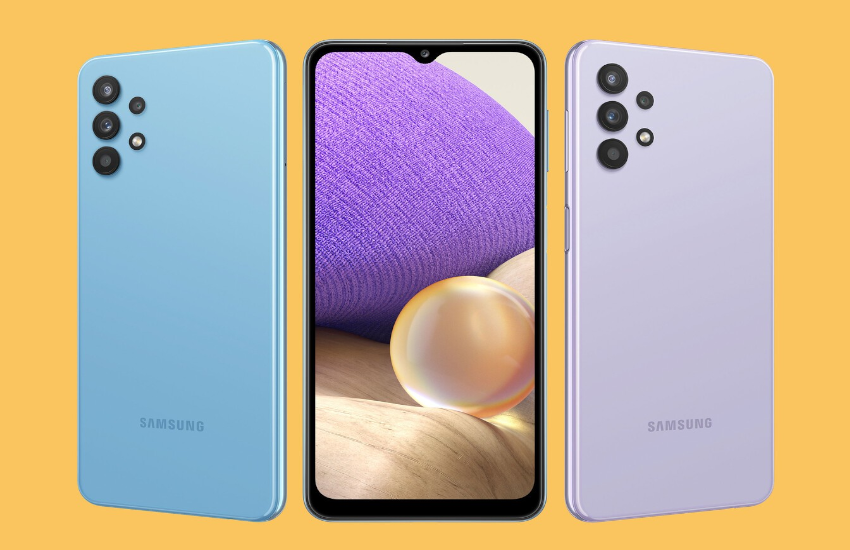 Camera setup
Talk about its camera setup, the quad camera setup has been given in Samsung Galaxy A32. The main lens is 64 megapixels, which has an aperture f / 1.8. The second lens is an 8 megapixel ultra wide angle, the third lens is a 5 megapixel macro sensor and the fourth lens is a 2 megapixel depth sensor. At the same time, it has a 20-megapixel camera on its front for selfie and video calling. The Galaxy A32 supports Hyperlaps, Night Mode, Slow-Mo, Panorama and Pro Mode and also features a 20 MP selfie camera.

Other specification
To give power to the Galaxy A32, it has a 5000 mAh battery, which claims to provide up to 20 hours of video playback, 93 hours of music playback and 19 hours of internet usage. The device is available with 15 watts of adaptive fast charging. According to the company, the in-built ‘Game Booster’ software monitors gaming performance and adjusts automatic battery life, temperature, memory usage.