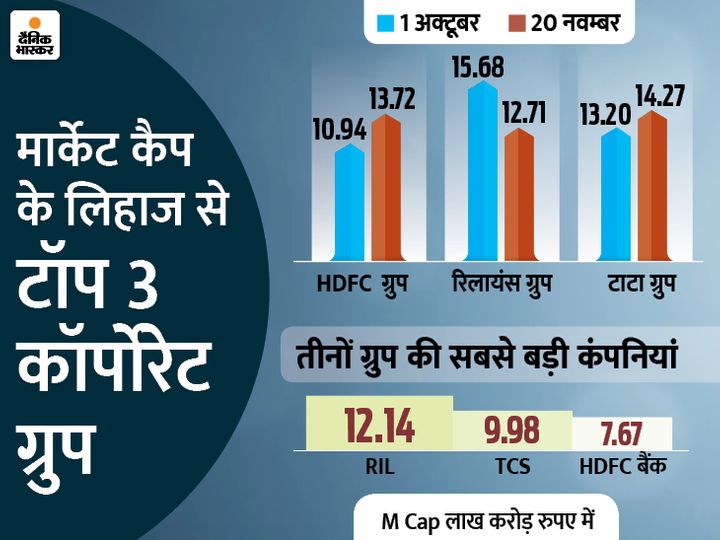 Reliance Industries, the country’s largest company, has suffered a major setback. In terms of total market capitalization (M-Cap), the group lags behind HDFC and Tata group. Not only this, the market cap of Reliance Industries Group companies has decreased by Rs 3 lakh crore in the last 45 days. Along with this, its shares have also been beaten fiercely.

Reliance has a market cap of 12.05 lakh crores

TCS has a market cap of 9.97 lakh crores

However, Reliance Retail has raised more than Rs 47 thousand crore by selling more than 10% stake in retail in the same period. He made the first deal on 25 September and the last deal on 9 November. Meanwhile, Reliance’s stock has also fallen from Rs 2,369 to Rs 1,910 on the NSE. Whereas when the company raised Rs 1.52 lakh crore by selling stake in Jio, at the same time both its share and market cap reached the top.