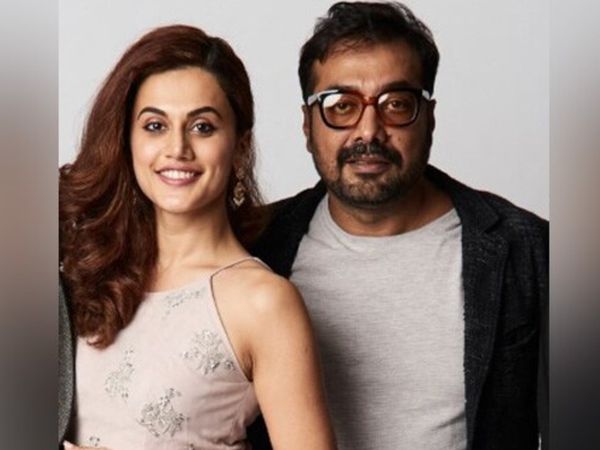 The Income Tax (IT) department has been

Advertisements
raided on Wednesday by some of Bollywood’s biggest personalities. These include actress Taapsee Pannu, producer Anurag Kashyap, Vikas Bahl and Madhu Mantena. They are all accused of tax evasion. Reactions against these celebrities of Bollywood have started coming on social media on this IT raid.

Many people are supporting this raid by making jokes and mimes on this raid. So many users are alleging that this raid was done because Anurag and Tapasi supported the peasant movement. According to information from sources, IT search is going on at 30 places in both Mumbai and Pune cities. This raid is related to Phantom Films. It is a coincidence that out of the four celebrities whose locations have been raided, Taapsee Pannu and Anurag Kashyap have been opposing the Modi government on different issues.

I had heard one IRS officer tell me that Income Tax raids are always secular. Anyone disputing it is either communal or an income tax evader.

Red Modi government’s sense of revenge
Congress leader and cabinet minister in the state government, Ashok Chavan, has described this raid as an act of revenge for the Modi government. At the same time, Shiv Sena MP Priyanka Chaturvedi shared the post, hope that the income tax department of our country will soon come out of the situation of bonded slavery. There is a similar hope for ED and CBI.

Action taken against speaking against the government
Nawab Malik, a minister in the Maharashtra government, said, “For the last several days, Anurag Kashyap and Tapsee Pannu were speaking against the policies of the Modi government, so this action has been taken by the government to suppress them. In this case Union Minister Prakash Javadekar Said, “It is wrong to see every case connected to politics, the investigating agencies have their own work and they are doing their work, this case will also go to court.

Dharma cleaning: Dharma Productions statement on casting of ‘Dostana 2’ and Karthik Aryan’s departure from the film- We will keep dignified silence

Bhaskar Interview: Lead actress Priyamani Raj spoke on the ‘His Story’ poster controversy – We do what is spoken to us as an actor