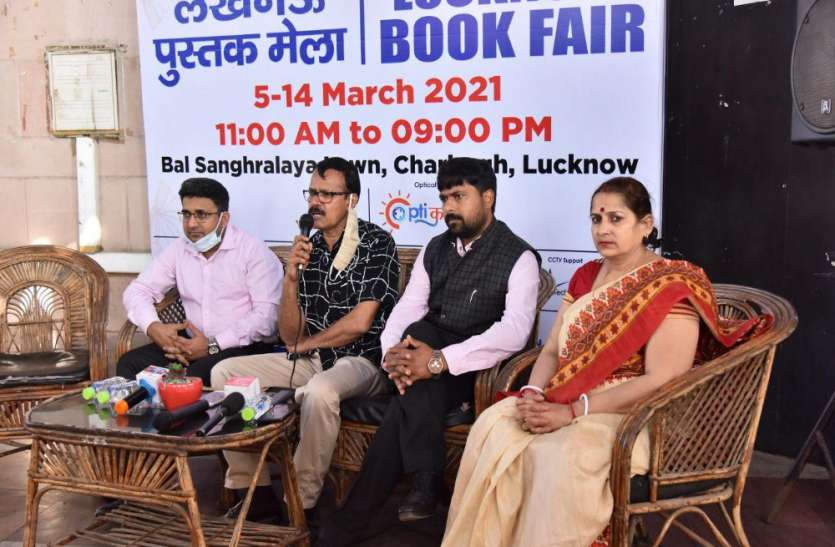 
Literary-cultural activities will run from morning to evening

Lucknow, Lucknow Book Fair is being organized from 5 to 14 March at Children’s Museum lan located in Charbagh. The theme of this fair will be self-reliant India. The fair will be inaugurated by Deputy Chief Minister Dr. Dinesh Sharma. In

Advertisements
this fair with free entry, all types of books will get a minimum of 10 percent discount. In the press conference held here about the fair, Convenor Manoj Singh Chandel said that since 2003 book fairs have been a part of the regular activities of this Nawabi city. People are eagerly waiting for the book fair after the outbreak of the Kovid epidemic subsided. The book fair was not held last year in Kovid period. A round of activities will continue from morning to night on the cultural platform of this fair, which is being held at the venue facilitated by everyone’s access and movement in front of Charbagh railway station, a new but accessible place. The book is a special attraction of the fair.

OptiCumb will be 21. Deputy Chief Minister Dr. Dinesh Sharma has given consent to inaugurate the book fair at 5 pm on Friday 5 March. The theme of the fair is self-sustaining India. Director Akshar Chandel said that the blueprint of the fair has been prepared only after the norms of organizing the program have been relaxed by the central and state governments. As usual, there will be no entry fee at this Lucknow Book Fair, which runs from 11 am to 9 pm. But following the Kovid protocol, book lovers will not be given entry without a mask.

He said that in this period of epidemic, book business has suffered more than Rs 26 crore in the last one year. The academic books of the syllabus account for 80 per cent of this loss. He enumerated the never ending benefits of books apart from the disadvantages of virtual world latches and said that books are known as best friends and books have played an important role in the development of society since ages.

A free eye-screening camp will also be held in collaboration with the Futuristic Vision Center at the fair under World Glaucoma Week, which runs from March 7 to 13. Jyoti Kiran Ratan informed that special events for women will be held at the Book Fair on Women’s Day. Apart from this, inter-college competition, open mic session, exhibition talk show etc. will also be organized.