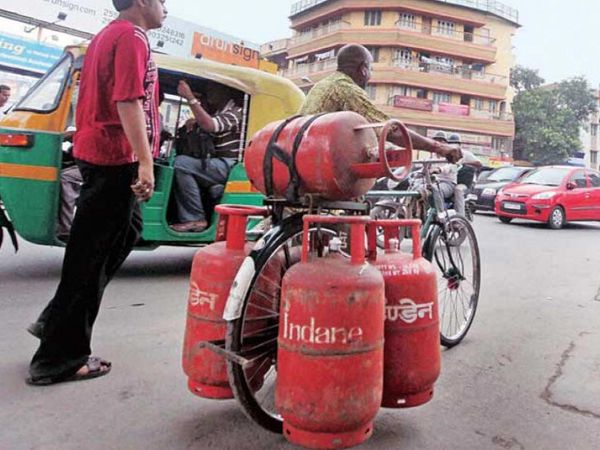 Advertisements
is planning such a scheme, under which the consumer will get the facility to buy cylinders from three dealers around him, now consumers can take cylinders from only one dealer.

Petroleum Secretary Tarun Kapoor said on Sunday that work is going on on the plan that people can get LPG connection only on minimum document to prove identity. There is no need to submit a residence certificate at the address where the consumer wants to take the gas cylinder. Along with this, under the scheme, the consumer will get the facility to acquire cylinders from three dealers around him. Currently, consumers can only take cylinders from one dealer.

In the budget this year, under the Ujjwala scheme, one crore more people were announced to provide LPG gas connections.

Finance Minister Nirmala Sitharaman, while presenting the budget this year, announced to provide LPG gas connections to one crore more people under the Ujjwala scheme. People living below the poverty line are given domestic LPG connection under the Pradhan Mantri Ujjwala Yojana. A large number of women have benefitted from this scheme so far.

The government estimates that only about 1 crore people are left outside the purview of LPG connection.

Kapoor said that in just four years a record eight crore free LPG connections were given in the homes of poor women, which increased the number of LPG consumers in the country to about 29 crore. The government has estimated that there are only about 1 crore people left. After getting LPG connections to one crore more people, about 100% of households in the country will get LPG gas facility.

LPG is almost half the pollution than coal

The carbon pollution from LPG is about half as much as carbon pollution from coal. Prior to the Ujjwala scheme, India’s contribution to domestic and nearby pollution deaths was the second highest in the world. He said that now such a plan is being made that it will not be necessary to give the residence certificate to the address at which the customer will order the cylinder. If people go to another city for some time, then they will be able to get the cylinder there too.