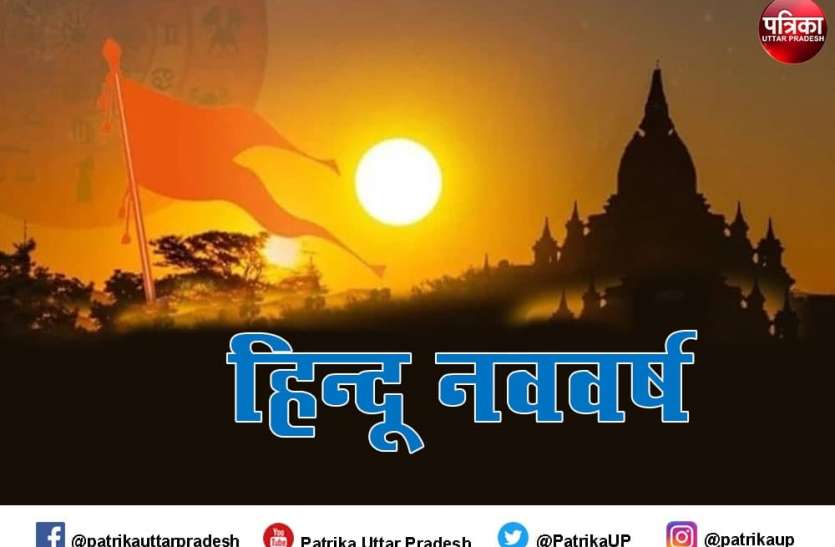 Magazine news network
Lucknow. Hindu Nav Varsh. The Hindu New Year New Year 2078 is starting from April 13. Chaitra Shukla Pratipada was created by the world, so this day is

Advertisements
celebrated as Hindu New Year. This day is also known by names like Samvatsaarram, Gudipadwa, Yugadi, Spring Start Day. There are natural, historical and spiritual reasons for celebrating Chaitra Shukla Pratipada New Year. In the article released by Sanatan Sanstha, the importance of Hindu New Year and this festival is explained in detail.

It means, ‘I am Brihatsam among the Samas. Amongst the verses is Gayatri verses. In months, ie, in months, the path is the top month and in the seasons I am Vasantrutu.

In all the seasons, spring is the springtime. During this period, there is encouraging, delightful and temperate air. In the autumn, the leaves of the trees have fallen, while with the arrival of spring, the trees grow into buds, ie new tender leaves, the trees appear green. The cuckoo’s cry is heard. Thus, it is the day of the beginning of spring in the form of the glory of Lord Shri Krishna.

Extra special significance of the year
Ayodhya residents unfurled the Dharmadhvaj at the door to door to celebrate the victory of Shri Ram in Ayodhya on the day of Chaitra Shukla Pratipada. As a symbol of this, Dharmadhwaj is unfurled on this day. In Maharashtra it is called Gudi.

Creation day of the universe
Brahmadeva created the universe on this day. The name ‘Universe’ became popular only by his name. On this very day in the Satyayuga, the existing brahmattva in the universe came from Nirguna to Nirguna-Sguna level and worked on the earth.

Creation day
Brahmadev created the universe, after making some origin and change in it, made it more beautiful, that is, perfect. Therefore, the creation created by Brahmadev was completed, that day began to be celebrated by standing Gudi i.e. Dharmadhwaja.

How to celebrate New Year? (Erecting Brahmadhvaja)
– Brahmadhwaja immediately after sunrise, immediately outside the main gate; But near Dehli (the threshold) (if seen from the house), keep the pedal on the ground on the right side and stand on it.
– While erecting the Brahmadhwaja, install it on the swastika and stand at a height in a slightly bent position from the front.
– Remove Brahmadhwaj by offering jaggery Naivedya at sunset
– Celebrate the new year in the current emergency in this way

Celebrate in the Corona era like this
In some places on the Corona background this year, there may be limitations in celebrating this festival like always, in such a time, the traditional method could not provide the material to erect the Dharma, so do not be deprived of taking spiritual advantage of New Year. Celebrate New Year as given below-
1. If new bamboo is not available, then clean the old bamboo and use it. If this is not possible, then any other sticks can be purified with cow urine or with water of Vibhuti.
2. If neem or mango leaves are not available, do not use them.
3. If the coconut, beed leaves, betel nut, fruit etc. are not available due to being completely inclusive, then you can dedicate the time during their remedies in worship. If flowers are not available, then akshat can be dedicated.
4. If you are not able to prepare neem leaves, sweet food, if it is not available, then you can offer good or sugar.

Also read: Mother Durga is coming on horseback in Panch Mahayoga, this is how Dhanavarsha will be worshiped