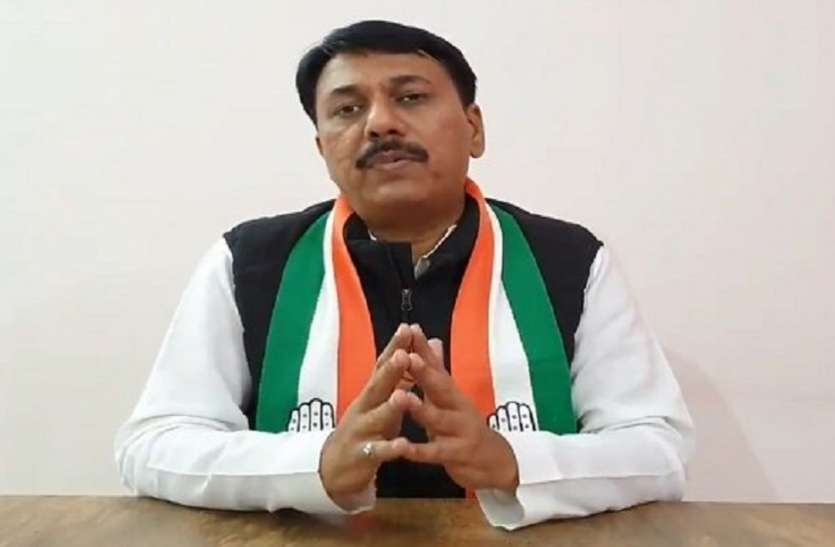 
Ahmedabad. Before the assembly elections in five states, after the BJP’s bumper victory and the defeat of the Congress in the local body elections in Gujarat, many questions have been raised once again. At the same time, the Aam Aadmi Party and Asaduddin Owaisi’s party AIMIM have also performed well in this election.

Here after the bitter defeat, the political turmoil has intensified once again within the

Advertisements
Congress. In the wake of the defeat, party’s state unit president Amit Chavda and Leader of the Opposition Paresh Dhanani resigned from their posts on Tuesday.

After resigning, Chavda said that people have raised doubts over EVMs. So they should be investigated. He said, ‘Taking responsibility for the election results as the state Congress chief, I have submitted my resignation to party president Sonia Gandhi. Now he will work as a general worker of a party. ‘ At the same time, a party spokesperson said that now the top leadership of the Congress has to decide on the future.

BJP wins in all district panchayats

Let us tell you that on Tuesday, the ruling BJP won all the 31 district panchayats of the state. While winning 70 out of 81 municipalities. Apart from this, BJP has won 6,110 seats out of total 8,474 seats.

Talking about the Congress, according to the declared results so far, it has won only 1,768 seats and has been able to win only in three municipalities. The Congress failed to open an account in the District Panchayat.

Let me tell you that earlier in the first phase of the civic elections held in Gujarat last month also, BJP had performed brilliantly and won in all the six municipal corporations.

The Congress has questioned the EVMs after the defeat. Chavda said, ‘The election results are completely contrary to our expectations. We had a good response from the people during our election campaign, but the results do not reflect this. People have doubted EVMs and all these things should be investigated.

Confirming this, Gujarat Congress spokesperson Manish Doshi said that Dhanani has also sent his resignation to the party leadership in Delhi. Now it is up to the top leadership of the party to decide on the replacement of these leaders.