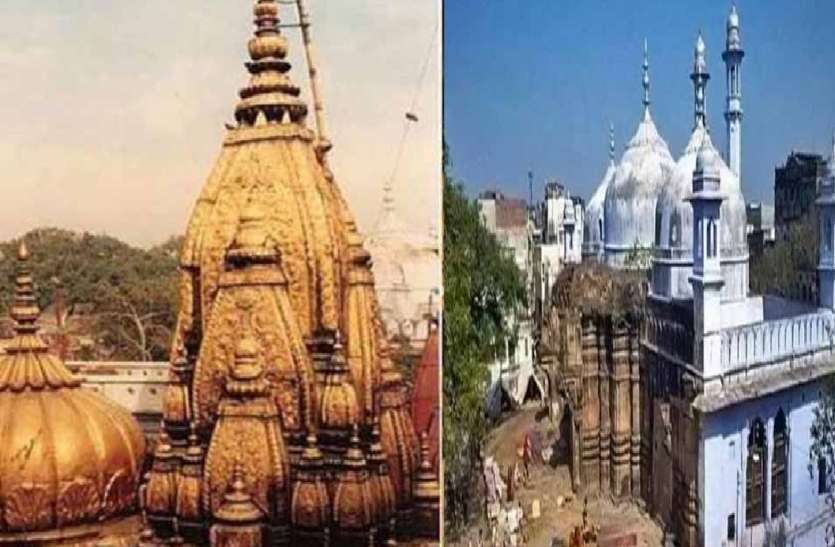 Decision on whether there will be an archaeological survey or not, the case has been going on since 1991.

– The petition has demanded to get ownership on 13.37 acres of land

Varanasi. A big decision is coming today on the archaeological survey in the case of Gyanvapi Mosque and Kashi Vishwanath Temple. It will be clear in the hearing today that in the matter going on since 1991 from the side of the plaintiff Kashi Vishwanath Temple, the request of the Archaeological Survey on December 2019, whether the entire Gyanvapi mosque area will be an archaeological survey or not. Let us tell you that earlier during the hearing on April 2, the decision was reserved after debate of both the parties.

This is the case

In this case, the petitioner claimed that the Kashi Vishwanath temple was built by Maharaja Vikramaditya some 2,050 years ago, but the Mughal emperor Aurangzeb destroyed the temple in 1664. During this time it is claimed that its remains were used to build the mosque, which is known as the Gyanvapi Mosque built on the temple land. The petitioner requested the court to issue a directive to remove the mosque from the temple land and give back its possession to the temple trust.

Hearing of Shrikrishna’s sitting on 22 April

Due to the global epidemic corona infection, a new date was given for hearing the petition of Shri Krishna Virajman in the court of Mathura. The Mathura court has given a new date for hearing on 22 April. The petitioner Vishnu Jain appeared quite disheartened as the next date of hearing was not found in the case. Let us tell you that a petition has been filed in the Mathura court on behalf of Shri Krishna Virajaman, stating that the place where the royal Idgah Mosque was built during the reign of Mughal Emperor Aurangzeb is a mythological site. It is at this place that the historic prison where Lord Krishna was born. The petitioner has also argued that this place was earlier known as Keshav Devji Ka Tila. The petition also sought to get ownership of 13.37 acres of the land of Sri Krishna Janmabhoomi. The matter will now be heard by the Mathura Court on 22 April.