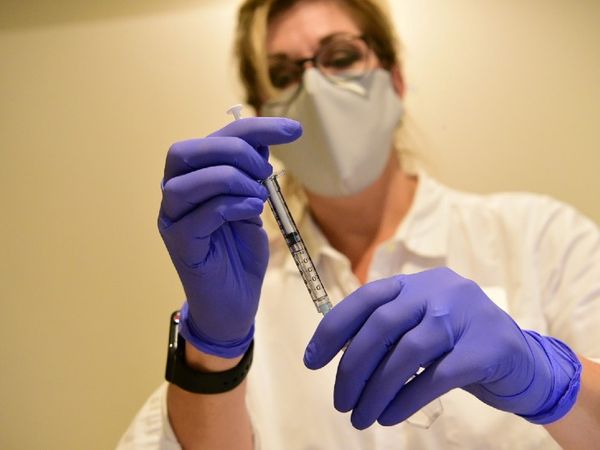 The Janssen vaccine trial was conducted on more than 44 thousand people in the United States, South Africa and Latin America. Its EFICC stood at 66.1%.

The US on Saturday gave emergency approval to Johnson & Johnson’s Corona vaccine ‘Janssen’. This is the third vaccine to be approved in the country after Moderna and Pfizer. According to CNN, it is America’s first single dose vaccine. White House senior officer Andy Slavitt said on social media that the arrival of the third safe and effective vaccine is very good news.

The US Food and Drug Regulatory Administration (FDA) advisory panel voted on Friday to recommend the vaccine. In this, 22 members voted in its favor. There was not a single vote against it.

Trial on 44 thousand people, Efficie 66.1%
Dr. Greg Poland, head of the Mayo Clinic’s Vaccine Research Group, says that we need a vaccine that can be produced quickly and on a large scale. We want to see its affixes and how long it protects. The Janssen vaccine meets all of these criteria.

The trial of this vaccine was conducted on more than 44 thousand people from America, South Africa and Latin America. According to the FDA, this vaccine was given to moderate and critical patients of the corona. It was 66.1% effective during this period.

Vaccine supply in America less, demand more
A total of 2.92 crore cases have been confirmed by the US so far. Of these, over 5.24 lakh infected died. Currently, the demand for vaccine in the country is more than the supply. There is also no hope of improving the supply situation in the coming time.

The approval of the Johnson & Johnson vaccine will help in the vaccination of large populations. The vaccine will be administered to people 18 years and older. More than 70 million people have been vaccinated in the US so far.

Vaccination received without approval in South Africa
2 weeks ago the South African government decided to give Johnson & Johnson’s vaccine to its health workers, despite not being approved. The Health Minister himself confirmed this. According to the news agency, 80,000 doses of the vaccine for health staff have also reached South Africa.

Total patients more than 11.43 crores
The number of corona patients in the world exceeded 11.43 crores. Over 80 million people have been cured. So far, more than 25 lakh 36 thousand people have lost their lives. These figures are according to www.worldometers.info/coronavirus.

Top 10 countries, where most people have been infected so far

(These figures are according to www.worldometers.info/coronavirus/)