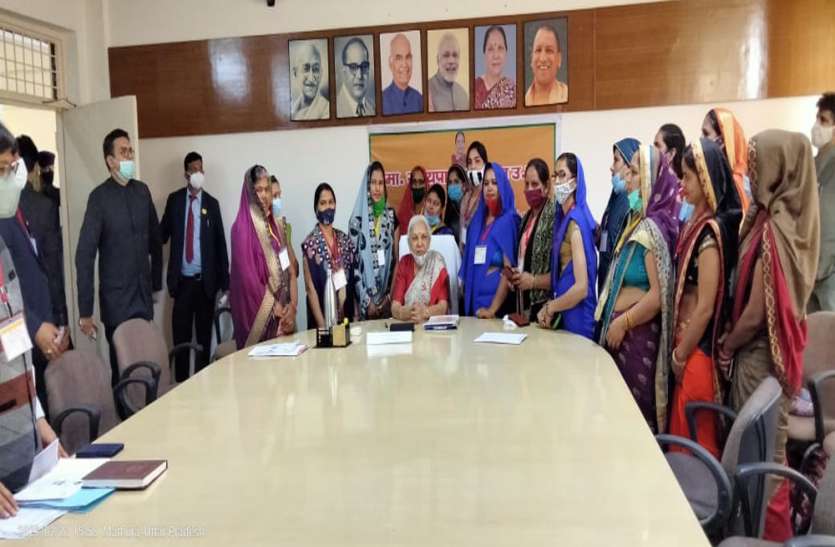 Farmers of the country should be strong and prosperous – Anandiben Patel

Advertisements
hall of UP Pandit Deendayal Upadhyay Veterinary Science University and Go research. The Governor also presented fruits and gifts etc. to malnourished children and women on this occasion.

The Governor said that children suffering from tuberculosis are a matter of concern for our society, it is our moral responsibility to look after them. Sickness will not go until the society is connected with them. Children with tuberculosis should be adopted and they should be cured by taking good care of them. He said that there is a sense of service in our blood, that’s why people come forward and work for service. The Government of India has decided that by 2025 the country will be made TB-free. He said that the Red Cross Society can play an important role in this direction.

Anandiben Patel suggested organic farming and expressed concern over excessive use of chemical fertilizers while suggesting to increase the income of farmers and make farming profitable. He also said that farmers are farmers. He grows grains and the Prime Minister says that the farmers themselves should decide the price of their crop so that their produce will get real value. The Government of India intends that the farmers of our country should be strong and prosperous. FPO is formed with this vision only. He directed that 100 percent farmers should get benefit of the beneficial schemes run by the government. On this occasion, Governor Additional Chief Secretary Mahesh Kumar Gupta, District Magistrate, members of Red Cross Society, women of self-help groups and large number of farmers were present.

Covid-19: Bharat Biotech to supply 20 million doses of Covaxin to...

Covid-19: Bharat Biotech to supply 20 million doses of Covaxin to...